Anastasiades: If electoral expedients are set aside, the parties could agree on reforms

EU: Turkish Cypriots must curb arrivals of migrants in Cyprus

NICOSIA – With its dependence on Russian tourists, Cyprus is perhaps the European Union country most affected by sanctions for the invasion of Ukraine which prevent Russian airlines from entering the block.

Long a haven for Russian investors and the wealthy hiding – critics say laundering – their money in the island’s banks, Cyprus was reluctant to face sanctions barring Russian tourists.

Russians and Ukrainians make up nearly 20% of tourists, for the record year of 2019 before the COVID-19 pandemic hit in 2020 and sanctions undermined Cyprus’s hopes of a faster recovery.

The bar has affected many small businesses and travel agencies in Cyprus. Haris Loizides, chairman of the board of directors of the Cyprus Hotel Association, told Euronews: “There are hotels, especially in the region of Famagusta, Ayia Napa and Protaras, which are suffering mainly because they had many contracts with Russian tour operators. And they are facing huge difficulties right now.

This has led to moves to circumvent sanctions by sneaking Russians into Cyprus through backdoors through countries that do not support sanctions, such as Serbia, Georgia and Israel, according to the report.

Turkey – which has been trying unsuccessfully to join the EU since 2005 – has also refused to accept the sanctions and is taking advantage of the opportunity to attract Russian tourists by allowing Russian airlines.

Data from Statista indicates that European countries expect three million fewer Russian arrivals in the coming months, based on the number of seats reserved for inbound flights between February and August 2022.

But Cypriot Deputy Tourism Minister Savvas Perdios said he still expects more than 2 million tourists this year, with other countries including the UK and Germany making up some of the Russian losses. 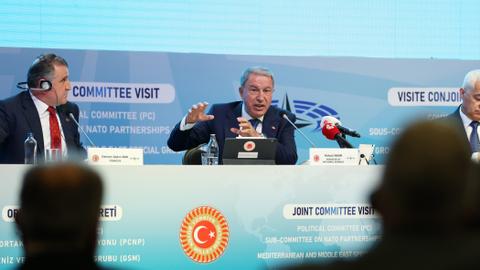